Microsoft to buy LinkedIn for $26.2B 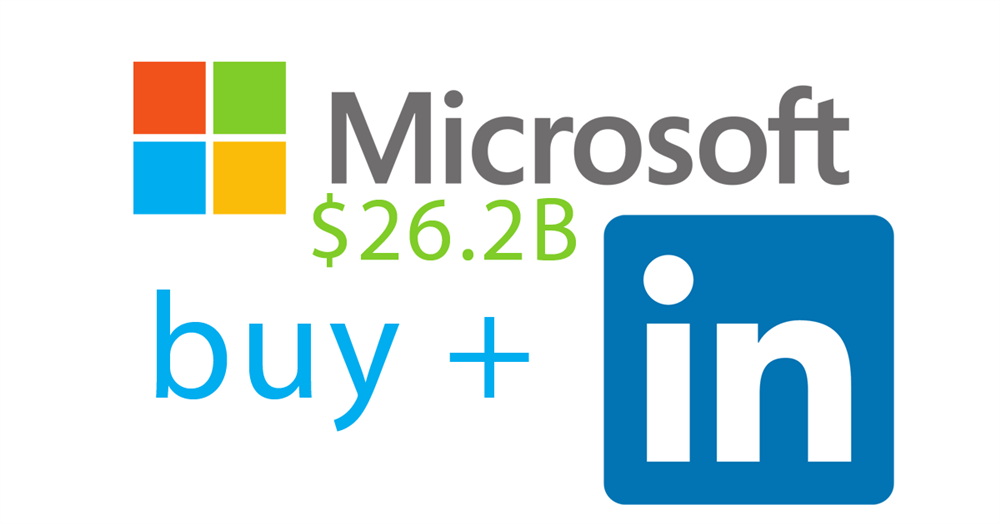 Look like today is a surprise day in the world of M&A in enterprise and social networking services: Microsoft has announced that it is acquiring LinkedIn, the social network for professionals with some 433 million users, for $26.2 billion, or $196 per share, in cash. Board director for LinkIn has already approved the acquiry, but regulatory and other approvals must be taken.

If for some reason the deal does not go through, LinkedIn will have to pay Microsoft a $725 million termination fee, Microsoft’s SEC gave the detail of the merger

The $196/share offer is a big hike on its closing price from Friday, $131.08. (And in premarket trading, unsurprisingly, LinkedIn’s stock has nearly crept up 64% to reach the share price MSFT is paying. Microsoft’s price is down 4% to $49.66 in pre-market trading.)

LinkedIn is the world’s largest and most valuable professional network and continues to build a strong and growing business. Over the past year, the company has launched a new version of its mobile app that has led to increased member engagement; enhanced the LinkedIn newsfeed to deliver better business insights; acquired a leading online learning platform called Lynda.com to enter a new market; and rolled out a new version of its Recruiter product to its enterprise customers. These innovations have resulted in increased membership, engagement and financial results, specifically:

Microsoft has never been a massively successful company when it comes to social networking — although it smartly invested in Facebook before it went public, and as we have reported before it was apparently interested at one point in trying to make a bid to buy Slack for $8 billion. LinkedIn’s social network will give it a significant foothold in this area.